I actually have to people who inspire me one real and one fictional but she is bad ass actually they both are.

So the first person who inspires me (the real one 😂) is Milly and I know she is only two but I look up to her in so many ways!

The reason she inspires me is because she is so brave and although she is frightened she still tries it. I am aware that obviously she is only two and she dosen’t really understand fear but that dosen’t matter I still admire her bravery.

She also inspires me because she is just herself! Again yes I get that she is only two and she has had no other influences in her life but if I have anything to do with it she will always be secure in herself abd will never need approval from others.

Another thing that I love (most of the time) is that she is so headstrong when she wants something she goes and gets it when she says No she means it and I respect that! (Obviously not all the time otherwise she would be a brat)

She is so lovable aswell like she just naturally draws people to her not just because she is absolutely beautiful (I know I’m Bias) but she just has this amazing personality that people just can’t get enough of.

I know to a lot of people it might sound strange that my daughter inspires me but she does and that makes me even more proud of her because I know if she can inspire me she must definitely inspire others or at least I hope she does anyway!

So My second inspiration is Harley Quinn from suicide squad , the Jokers Queen. I just love her she is totally nuts but she is so many things I want to be!

Her head is a mess just like me, she is a total bad ass, she is slightly (ok a lot ) Crazy, she loves hard, she is so brave, she fights for what she believes and nobody hurts her family… oh and she is really funny, beautiful and slim!

I do have some of her qualities like I’m crazy 😂 I love hard and nobody hurts my family without payback!

I just think she is awsome and I actually want to be like her minus the mudering people I think I will miss that part out but her characteristics I would love to have!

Thats it for today! Thanks for reading as always I hope you enjoyed it and I hope you come back tommorow for a new post… subscribe so you don’t miss out! 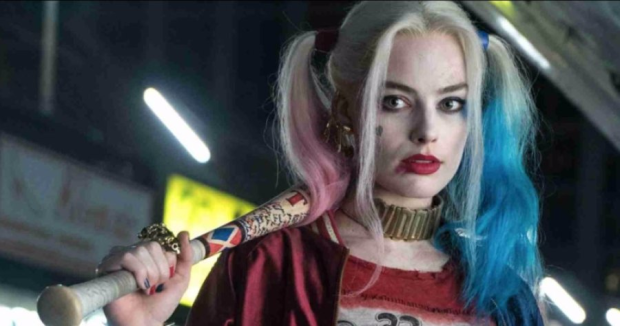