This is a really hard one as we did so many things together that choosing a favourite thing is really difficult but if I really think about it I would have to say his stories are my favourite, well they wasn’t even stories because they actually happened to him.

My grandad was so loveable that he could get away with many things like pretending he couldn’t use the self checkout at Morrisons so the lady would scan and pack it for him.

He spent that much time at the dentist the receptionits all knew him and loved him so he used to walk in and they would just say take a seat Jack. I’m sure they even asked him if he wanted a cuppa once lol.

My grandma had to ban him from going to Morrisons because he used to get trolley rage with the “old people (his own words) who just stand in the middle of the isle chatting. So he started shopping at Tesco instead. 😂

I think the funniest maybe not the funniest but the most awkward situation was when my grandad was stood in the line in the bank and he turned to a woman thinking she was pregnant and said in a friendly way “oh how long have you”…. as she turned around he realised she wasn’t pregnant and was just overweight so instead of asking her how long she had left he said “how long have you.. been waiting in line for ” 😂😂 honestly I nearly died when he told me this story because I was really impressed how he turned it around as usually he was really blunt.

I have to tell you all thos one story because it literally sums up how funny my grandad was. So he used to take me and my brother on walks all the time, I think it was to pick berries but I’m not sure but on this particular walk we ended up walking/ well running through a fiefield with a big f*ck off bull in it even tho there was a warning which obviously my grandad ignored and told us it would be fine and of course we believed him… I mean it was we just had to do a bit of running.Wait for it it gets better so we get out of the field and start walking up this country path and of course my grandad stood in a cow pat, his shoe gets stuck so my grandad grabs hold of the electric fence that was working, so not only did he loose his shoe he got electrocuted as well me and my brother was hysterically laughing and all he did was laugh with us and then took us to the pub of course! 😂😂

Oh wait I have just thought of another story he told me was when he and my grandma was on a cruise and they had stopped on a foreign Island (I can’t remember where it was now) but they was running late for the cruise and apparently they won’t wait for you so my grandad being my grandad decided to take a shortcut by stepping over the marked are which had signs saying trespassers will be prosecuted but in a different language so my grandad steps over and this police officer comes over and starts having a go at my grandad in a different languagesl but once he realised it was genuine mistake he did actually help them get to the cruise ship on time but we where nearly having to bail him out of jail and we had no idea until we got home and he told us the story and all I could do was laugh.

I honestly think thos one is the best story about my grandad So I think it was for my dad’s 40th Birthday My grandma and grandad took us All to Florida but on this particular day of the holiday we went to Sea World (this was before we knew Sea World was bad) and we went on a ride called The Journey to Atlantis I think and my grandad turns to us all and says “I’m going to sit on my cap to keep my bum dry” literally the first corner we went around the boat hit the bumper on the side and in comes a tidal wave of water ,straight over the side of the boat all over my Grandad. Safe to say the hat didn’t work and once again all he could do was laugh and joke about it and that was just him down to a Tee.

I was actually smiling and laughing whilst I was writing these. I could actually picture his voice as I was typing.

These stories may not be funny to you but they mean the world to me. My grandad was loved by so many because you knew exactly what you was getting with him and people respected that. If anyone had a heart of gold it was him, he was the most genuine, strong and funny person I have ever met but the thing is weirdly some of the traits I loved about my grandad I see in Lee and that makes me love him so much more!

I miss him so much I can’t even begin to put it into words , what I miss even more is the fact that I will never get to hear his voice again ir his crazy stories and the fact we can’t make anymore memories with him.

That’s all I have for you on this subject… well it’s not I have so many more stories but I don’t want to overwhelm you with too many stories at once and these are some of my favourites.

Thanks for reading. I hope these stories make you smile as much as they do me. 😁 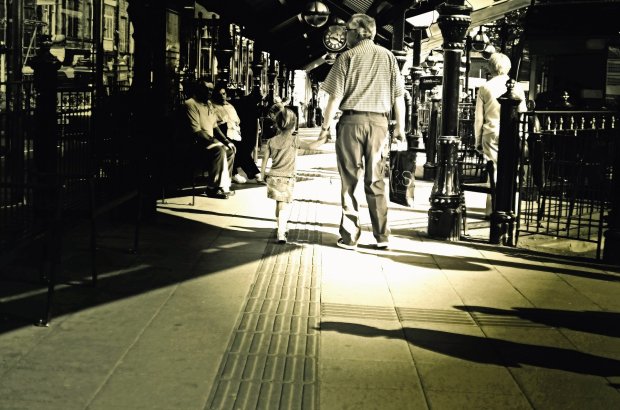 One thought on “Grief: My favourite thing I used to do with my grandad?”